Adelaide's "The Mad Turks from Istanbul" original members Charles Jenkins and Dominic Silvestri formed Icecream Hands in Melbourne, Australia in 1992 along with then band manager Derek G Smiley.  Dom's brother Arturo (bass guitar, The Saints 1986–1989)  fulfilled bass duties in the bands first incarnation and played on their first release, a self titled EP.

This first release grew out of a Mad Turks demo tape Rubber Records' David Vodika had heard and a chance meeting on a suburban street with Charles Jenkins. David was keen to release the material but the Mad Turks had recently disbanded leaving a potential release without a band. It was agreed a new band would be formed, and a number of new tracks recorded to release an EP.

Naming the band was the next hurdle, and pressure mounted as Rubber Records were eager to finalise the artwork. There were a number of suggestions such as Icecream Suit and Sticky Fingers, but the eventual "winner" was Icecream Hands, lifted from Robyn Hitchcock's song, Flavour Of The Night from his album I Often Dream Of Trains. 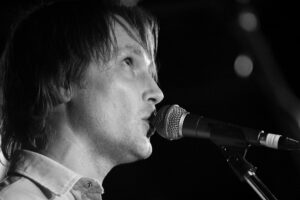 When Arturo left the band soon after the EP release, there was only ever going to be one person to replace him, Bassist/Singer Douglas Lee Robertson (DLR). As Charles said at the time "Doug is the best bass/singer in town (Adelaide)". When he came to Melbourne, he was still the best bass/singer in town! So, with Doug on bass, 1993 saw the release of their first album "Travelling Made Easy", recorded at Whirled Records, Richmond.

Between the first and second album the Hand's worked tirelessly on their live shows, including a long residency at the Central Club under the name of the Dishonest Johns (see picture above), as well as writing, recording and releasing singles from their forth coming album.  They also suffer a number of set backs including several broken or dislocated limbs, an unprovoked random assault, and some creative driving that ended in tears. All of this contributing to, in one way or another, the critically acclaimed album "Memory Lane Traffic Jam". The album included stand out singles such as "Supermarket Scene" 1994, "Olive" 1995, and "Here We Go Around Now" 1997. Dom departed around at this point.  He'd had enough and rightfully so, it was a hard slog to release "Memory Lane" and although well received didn't get the attention the band had thought it deserved. 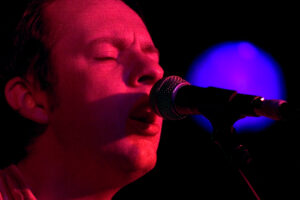 Marcus Goodwin replaced Dom just in time to record the 1999, ARIA nominated, "Sweeter Than The Radio". The title is a parody/homage to the Byrds' Sweetheart Of The Rodeo which is referenced in track 8 "Picture Disc From The Benelux". Engineered and co-produced by Wayne Connolly, the album featured the singles "Dodgy" 1998, "Spirit Level" 1999, "Yellow And Blue" 1999 "Obvious Boy" 2000, and "Nipple" which was released as a radio only single. The year 2000 saw a turn around in fortunes for the Icecream Hands being added to the Big Day Out tour and later travelling to the US for shows in LA (Spaceland), New York (Arlene's Grocery) and Austin (SXSW). 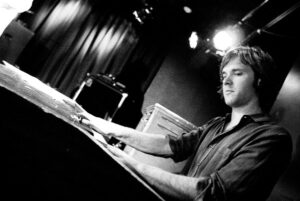 2002 ushered in the release of the band's fourth album "Broken UFO" (BUFO), recorded by Shane O'Mara, featuring the ARIA nominated "Rain Hail Shine" 2001.  Other singles from BUFO were, "Beautiful Fields" 2002, "Why'd You Have To Leave Me This Way?" 2002, When The Show IS Over" 2002.  Prior to the recording of "Broken UFO" Rubber Records parted ways with BMG and with them went the major label push including the funds to promote and record. Unperturbed and on a leaner budget, the Hand's produced yet another shimmering Album. It was also the year Matthew Vehl became more than an occasional "Hand" often found stowed away in the back of the Tarago with his Hammond Organ.

2004 was the year of The Best Of.   "You Can Ride My Bike" showcased all the singles and live show favourites from Travelling... Made Easy to Broken UFO.  The Best Of also came with a bonus disc including all their B-Sides, (21 in total). 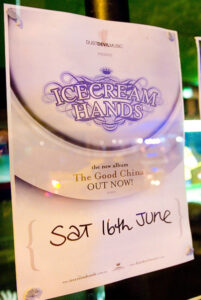 After a lengthy break to pursue solo projects, the band regrouped in 2007 to record "The Good China" engineered and co-produced by the wonderful Jimi Maroudas at Sing Sing Studios in Cremourne. Long time fan, and former Socceroo Steve Horvat had met Smiley through mutual friends at an A-League after game mixer.  Having exchanged numbers and stayed in touch, Steve called Smiley one day to announce he had started a record label called Dustdevil Music and asked if the Icecream Hands would be interested in releasing another album. "Come Along" was released as the single,  however there were many crowd favourites such as "In The Back Seat of a Stolen Car", "Weak at the Knees" and "My Mother was a Dancer" to name just a few. Soon after, they recorded a live acoustic album called "Live At Manchester Lane" with guest and long time contributor David Milne on piano. Although they never officially disbanded, nor had a farewell show, after touring and promoting The Good China the band agreed to take another break. Charles continued his solo records and many many other projects (Charles Jenkins & The Zhivagos, Charles Jenkins & The Amateur Historians), as did Doug (Five Mile Sniper, ROOT, DC3, Amateur Historians), Smiley (Exit Plan, Buff Uncle, ROOT), and Marcus (Buff Uncle).

While they regrouped from time to time over the next decade, the band came together in 2019 for an Australia tour and vinyl release to celebrate the 20 year anniversary of their much-loved album "Sweeter Than The Radio".

Watch the Sweeter Than The Radio 20th Anniversary documentary here 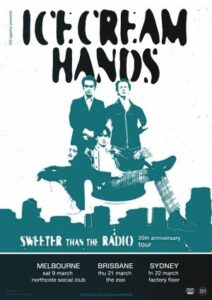 Buoyed by the energy of the "Sweeter Than The Radio" anniversary tour, the band headed back into the studio the following summer. Plans for a big launch in 2020 were scuttled when the pandemic arrived, but undeterred the band released the title track from the new album "No Weapon But Love" in May 2020.

While the concept of love has been well traversed throughout the history of music, the richly melodic No Weapon But Love came bearing a potent message – a timely reminder that friends, family, love and respect are all that really matter. In the words of Ghandi, “I have no weapon but love”. 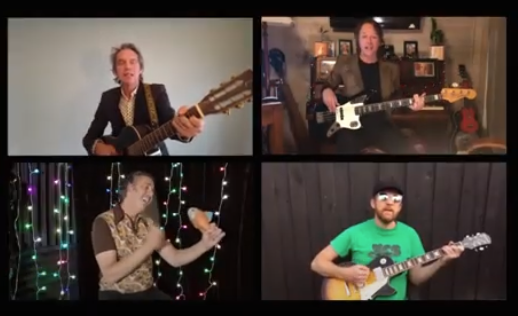 The video for No Weapon But Love was launched on the band’s official Facebook page and showcased performances from not only the band but their family, friends and fans, doing what they do best in their own homes during lockdown.

Their 7th studio album "No Weapon But Love" was released in August 2020 to much acclaim. While it has taken two more years to officially launch the album with launch shows in both Melbourne in Sydney, "No Weapon But Love' has been heralded by fans and critics alike as their best work yet.

As the world reopens, Icecream Hands look forward to hitting the road and paying a visit to their patient and loyal fans around the world. 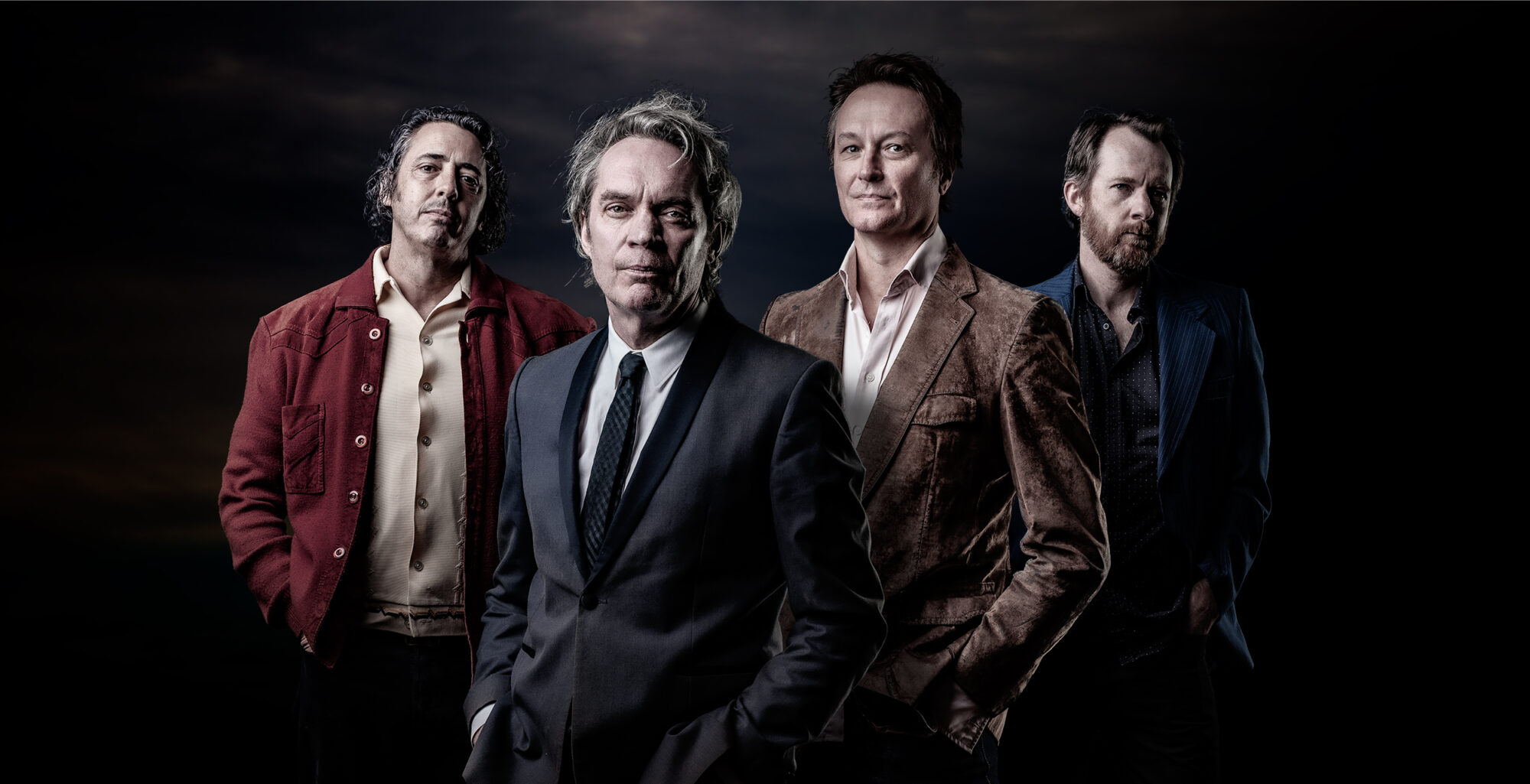